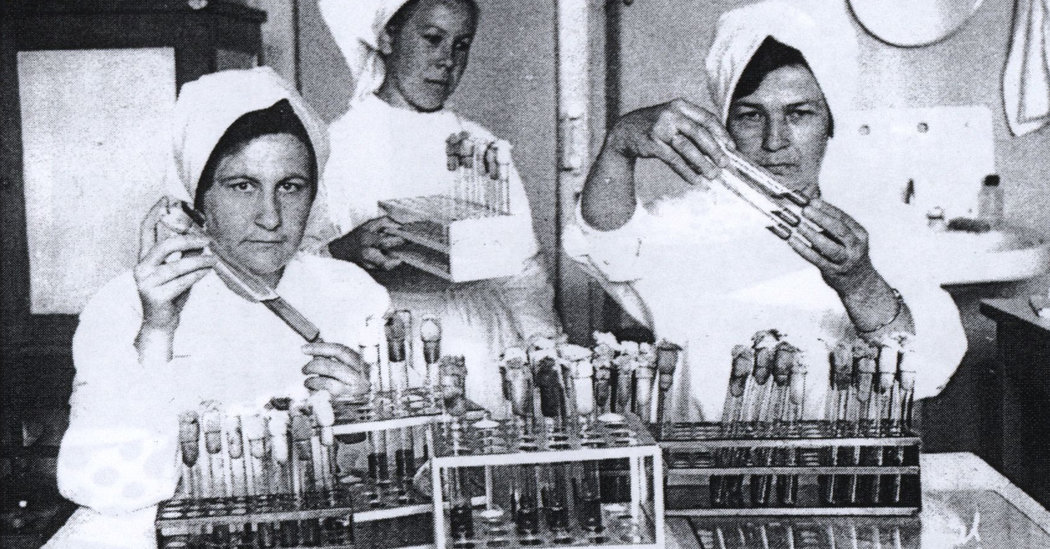 MOSCOW — In a remote alpine meadow in Kyrgyzstan a few years ago, a teenage boy killed and skinned a marmot. Five days later, his parents carried the sweating, delirious boy to a village hospital where he died of bubonic plague.

Like a ghost from the medieval past, the plague still makes occasional, unwelcome appearances in remote regions of the former Soviet Union, where it survives today in wild rodents.

Over the centuries, with improved public hygiene, the plague declined as a threat. Today, as a bacterial infection, it is treatable with antibiotics, if caught in time.

But the plague was still a lethal menace in the 1920s and also an embarrassment for the Soviet Union, which established a specialized state agency to track and contain it.

Successors to that agency still exist in Russia and in half a dozen other countries that were once Soviet republics, and, with their ready quarantine plans and trained personnel, they have become a mainstay of the regional response to the coronavirus.

It is too early to tell if the former Soviet antiplague centers, as the sites were called, have made any difference in the coronavirus outbreak, which so far has infected more than 21,000 Russians, killing 170.

At most, the legacy Soviet system helped delay the spread, and it is just one data point in assessing why the coronavirus moved more slowly in Russia, Ukraine and other former Soviet countries than in Western Europe and the United States. Luck, border closures or officials covering up the true numbers of deaths could also explain the low numbers.

Infections are in any case now shooting up, and those countries seem to be headed the way of the rest of the world toward bulging hospitals and morgues. But employees of the antiplague centers say their early work helped, becoming a silver lining to the region’s long-lingering plague problem.

“Of course, it helped” early on, said Ravshan Maimulov, director of a regional antiplague service in Kyrgyzstan who examined the teenage plague victim when he died in 2013. He used the same quarantine plan that he had instituted after the boy’s death to respond to the coronavirus in March.

When the 15-year-old had arrived at the village hospital, “the body was still damp from sweat and I felt swelling under the armpits and chin,” Mr. Maimulov said. But the boy was too far gone to save, and he died within hours.

Mr. Maimulov, 57, trained at a Russian antiplague institute called Microbe. After the boy’s death, he had the authority to immediately put in motion plans for a lockdown, even though at that point they had only a partial diagnosis.

He relayed the news to a regional governor in code — they would need to implement “Formula 100” — lest word leak and inhabitants of the village, Ichke-Zhergez, should try to flee before the door slammed shut.

“We needed to prevent them all from running away,” he said. By the next morning, police checkpoints were in place and the village was sealed.

On his recommendation, the authorities in the surrounding Issyk-Kul region used the same approach in March in introducing coronavirus lockdowns. “We worked under the operative plan for the plague,” Mr. Maimulov said in a telephone interview. The region of about half a million people has reported three coronavirus cases, he said. Kyrgyzstan has reported five deaths.

Russia maintains 13 antiplague centers, from the Far East to the Caucasus Mountains, five plague research institutes and multiple field stations. In March, the authorities moved new laboratory equipment into the antiplague center in Moscow to expand its ability to test for coronavirus.

The Microbe institute, originally dedicated wholly to bubonic plague but later expanded to tackle other infections such as cholera, yellow fever, anthrax and tularemia, models the spread of the coronavirus.

Starting in January, directors of antiplague centers in the Eurasian Economic Union, the Moscow-led trade alliance of Armenia, Belarus, Kazakhstan, Kyrgyzstan and Russia, held conference calls about the coronavirus. And a plague institute in Odessa, Ukraine, is among agencies responding to the coronavirus there, officials said.

“The very fact that Russia and the other former Soviet states are, exactly, former Soviet states means a common legacy,” in health care, said Dmitri Trenin, director of the Carnegie Moscow Center. A legacy of focus on epidemics helped, he said. Soviet health care had haphazard success at treating individuals but “could respond like the military to epidemics,” he noted.

Other analysts of former Soviet medical services say that, in the longer term, the Soviet legacy will prove no gift. The capacity to counter epidemics had degraded while little was done to improve an ability to treat patients, according to Yevgeny S. Gontmakher, a professor at the Higher School of Economics and an authority on Russian health care.

“The plague doctors were the elite of a hundred years ago, not today,” he said.

In Kyrgyzstan, Mr. Maimulov works in a wooden laboratory in what had been, until a few weeks ago, the medical backwater of plague control. Most years, he plans for campaigns of spraying insecticide into rodent burrows, to kill fleas and slow the spread in animals.

The disease cannot be fully stamped out. “They are rodents, they reproduce quickly,” he said. “It’s not worthwhile to kill them.”

The family of the 15-year-old boy were herding sheep in the mountains and trapping marmots for fur as a sideline. The boy skinned the marmot with a razor blade. Though the Black Death typically spreads by flea bite, in this instance the boy caught it simply by nicking his finger.

Eventually, 32 villages were put under quarantine while about 700 nurses went door to door looking for infection. Marmot hides were collected and burned. But the antiplague team had acted quickly enough. The boy was the only confirmed case. 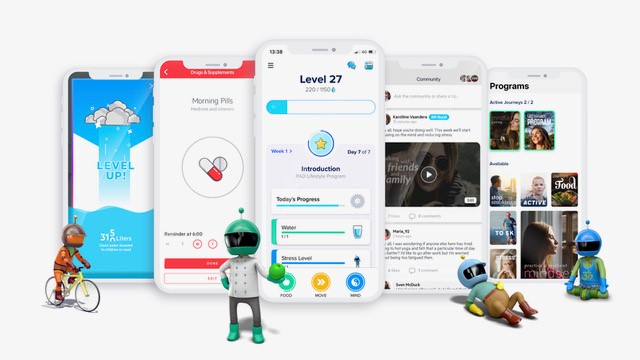 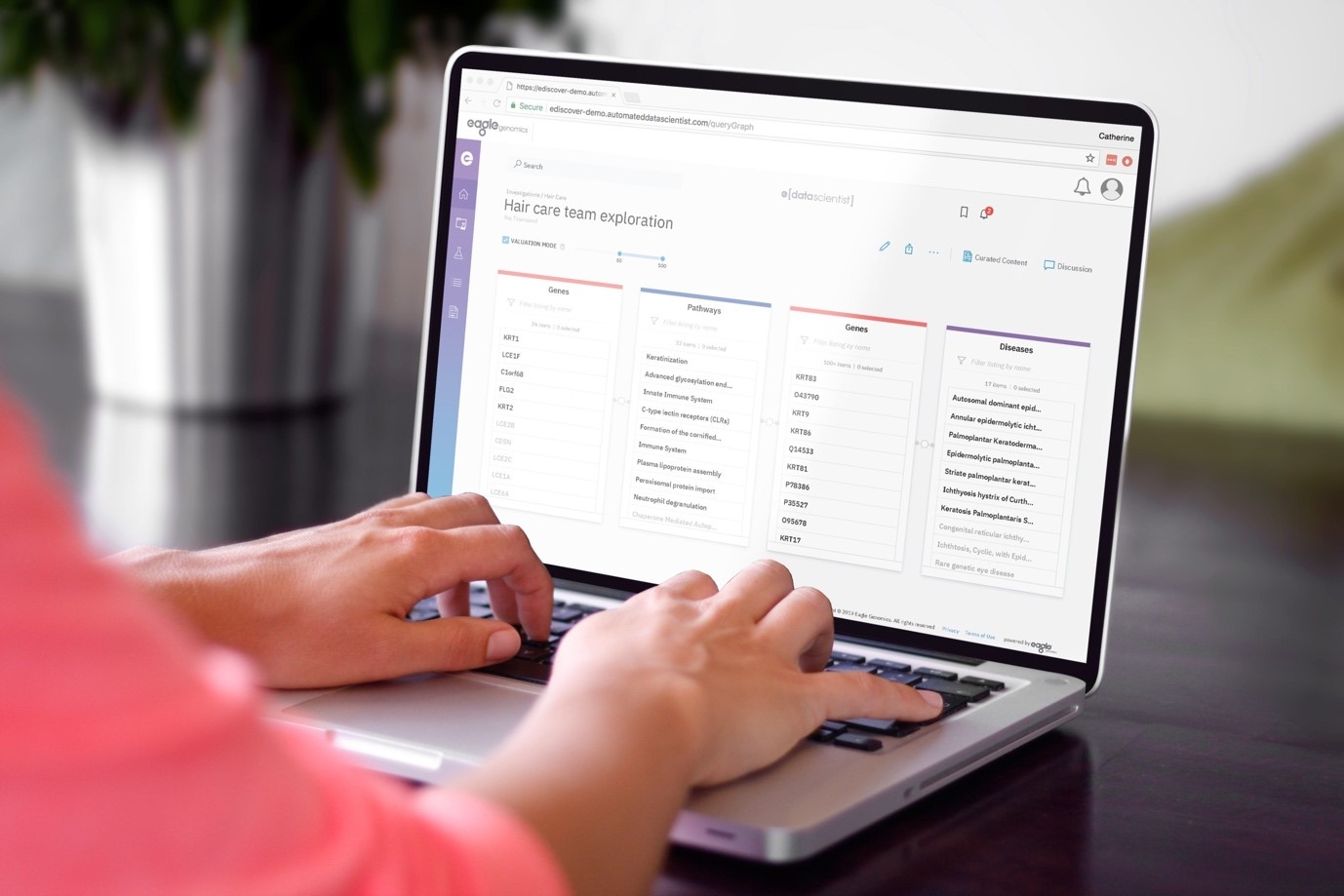 From coronavirus modelling to grim new unemployment numbers, there’s been a lot of information for Canadians to digest over the last week.But in interviews...
Read more

With almost half of the world's inhabitants in danger for life-threatening malaria infections, University of Maryland School of Medicine (UMSOM) researchers and their colleagues...
Read more

In situ sequencing allows gene exercise inside physique tissues to be depicted in microscope photographs. To facilitate interpretation of the huge portions of data...
Read more