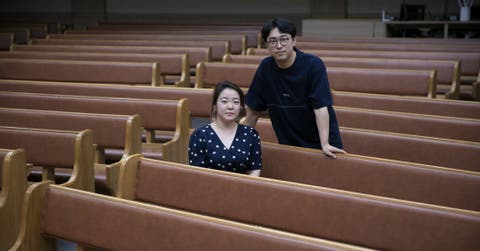 Some people, like Ms. Kim, have paid a price. Online harassers labeled her a “cougar,” suggesting she used sex to proselytize to a younger man. Others said that, should she get pregnant, the infant should undergo a paternity test. Officials in the city of Busan debunked the rumors, but they continued to spread online.

​Once discharged, she filed complaints with a major web portal to remove the fake content. But after trying to hound dozens of blogs, she gave up. “There were too many of them,” she said.

The global fight against the pandemic has raised privacy concerns across countries. Governments, including those of Italy, Israel and Singapore, have used cellphone data to track potentially infected people and their contacts. China has employed mobile phone apps with little disclosure about how they track people. Venezuela has urged neighbors to turn each other in.

South Korea, an intensely connected country where nearly everyone totes a smartphone, has taken those efforts a step beyond. In addition to making some personal data public, the authorities sometimes use it to send text messages to people whose cellular data history indicates they were in proximity to an infected person. Other than China, South Korea is virtually the only country in the world whose government has the power to collect such data at will during an epidemic, according to Prof. Park.

In the initial desperate months of the pandemic, government websites uploaded a detailed sketch of each patient’s daily life until they were diagnosed and isolated. The government did not reveal patients’ names but sometimes released revealing data such as their addresses and employers.

That rush of data fed a growing culture of online harassment. In South Korea, doxxing — digging up and publishing malicious personal information — had already been a growing problem, often cited in the recent suicides of K-pop stars.

Restaurants visited by patients were sometimes treated as if they were cursed. Citing one female patient’s frequent visits to karaoke parlors, online trolls claimed that she must be a prostitute. Gay South Koreans began to fear being outed, prompting the government to promise them anonymity in testing after an outbreak erupted at a gay club in Seoul in May.