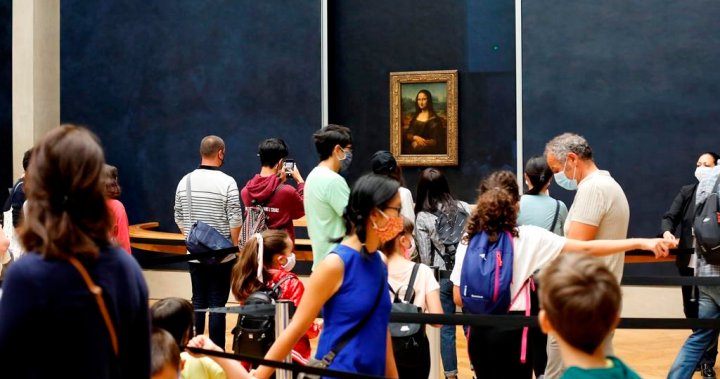 Paris authorities on Saturday imposed the mandatory wearing of face masks outdoors in busy areas of the French capital from Monday to curb a rise in the rate of coronavirus infections.

The order applies to people aged 11 and over, the Paris prefecture said in a statement, adding that indicators showed the virus had begun circulating more widely since mid-July.

The rate of positive tests in the greater Paris region now stood at 2.4 per cent compared with a national average of 1.6 per cent, it said.

The zones where masks must be worn will be detailed separately, and evaluated on a regular basis, the prefecture said. They will include some densely populated areas in the capital’s lower-income suburbs.

France has made it compulsory to wear a face mask in closed public spaces such as shops and banks since July 21, and Paris joins a growing list of cities ordering people to wear masks in busy zones outdoors, including Toulouse, Lille and Biarritz.

“It needs to be done, even if it is not particularly pleasant,” Parisian Ofra Hoffman said in the run-up to the announcement.

The number of people in France infected with coronavirus rose by 2,288 on Friday, a new post-lockdown high.

Britain will not hesitate to add more countries to its quarantine list, finance minister Rishi Sunak said on Friday when asked about whether France could join Spain on the list.

On Monday Israeli startup Tyto Care scored a whopping $50 million for its telehealth and connected-device company. The new funding round is led by Insight Partners,...
Read more

Politician’s funeral in Bangladesh draws 100,000, prompting fears of a new outbreak.Tens of thousands of Bangladeshis ignored a nationwide lockdown on Saturday to attend...
Read more

Is Your Blood Sugar Undermining Your Workouts?

Interestingly, their exercise resistance was the same, whether their blood sugar problems stemmed from poor diet or lack of insulin, and whether they were...
Read more

Australia on track to be largely rid of coronavirus by July, official says – National

Australia is on course to have largely eradicated the coronavirus by July, a public health official said on Wednesday, as the country’s most populous state...
Read more
Load more

As the Quebec government ramps up measures to protect the public from the new coronavirus, economic disruptions are rippling through the province’s fragile taxi...
Read more

For quite a while now, tech titans Facebook, Amazon, Microsoft, Google and Apple have been quickly gaining prominence in the healthcare industry. In a new report, CB...
Read more